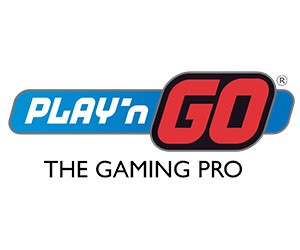 Play’n GO have struck gold with their Reactoonz online pokies

Play’n GO’s Reactoonz is one of the most dynamic online pokies to have been released in years. It captured player’s attention from the first moment it appeared on the market with its combination of social media elements with slot dynamics. As one of the most successful online pokies Play’n GO ever launched the company struck the gold. The same can be said for one lucky player who had a great run playing Reactoonz and ended up winning over €1,000,000 at Bob Casino.
The winner does not want to disclose any information about themselves at this time, so we don’t know where the lucky player is from and what they plan to do with their amazing jackpot.

The Gargatoon Brings the Wins

The high-rolling winner started out with the max bet of €80 a spin on the Reactoonz pokies game. After a couple of good spins and some well-placed Gargatoons (the wild symbol), the lucky anonymous European player built up a bankroll of €100,000. One of Bob Casino’s account managers decided to take the player on as a VIP player and raise the stakes to €400 a spin.

This is where the adventure got interesting, call it luck or call it skill, this access to VIP stakes lead to even bigger wins.
The savvy player cashed out about €100k during their lucky run to keep some aside but was still able to continue wagering insanely high stakes which eventually brought his balance up to €940,000. There was a massive score of €333,460 near the end of his gameplay where he connected 15 of the highest paying pink symbols. At the end of this lucky streak when he was reaching the €1,000,000, he asked for a cashout and concluded his game.
Reactoonz wouldn’t be a game that many people associate with massive jackpots because of its goofy design. to high-rollers due to its funny design, the fact is this game can pay well, with But, this game actually gives high rollers the opportunity to place maximum bets that can be by 1,500 the original stake which isn’t always possible with pokies games that aren’t progressive. This massive win has made it clear to high-rollers that this game can be incredibly lucrative.

Bob Casino is a fantastically whacky online casino which prides itself on being the funniest casino in the world. They’ve got a huge selection of over 700 slots and planet of table games, live dealer games and video poker from software developers like Play’n GO, Quickspin, Microgaming, NetEnt and Evolution Gaming.

This online casino brand launched in 2017 and it’s yet another Bitcoin casino on the market, they offer all other traditional payment methods as well as three other cryptocurrency’s BitcoinCash, Dogecoin, Litecoin and Ethereum.